You are here: Home / Blog / Go for the whole magilla on Purim & listen to the “Megilla” aka Book of Esther 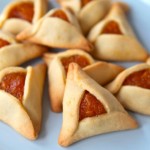 Read on for recipe

Iran, Jews and deadly decrees are commemorated in an upbeat way this week. Coming early at us in this Jewish Year of 5782, Purim arrives the night of March 16 and lasts with laughter and celebration well into March 17.

Even as tensions continue in the Middle East and are heightened now with what is war in Europe and renewed nuclear concerns, we dip into, for the sake of my story for you today, into the once awesome Persian empire of the 4th century BCE. It extended over 127 lands and is the site on which the Purim story unfolds. Purim is undeniably the most joyous holiday tradition on the Jewish calendar. And, it’s HERE again!!  Here’s your Purim primer according to Kaufman…..

Purim is the feast and carnival-like celebration marking the saving of a people in Persia, the precursor of modern-day Iran. 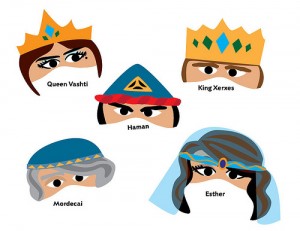 The story, as told in the Book of Esther or Megilla (scroll in Hebrew) takes place as King Ahasuerus of Persia, who ruled 485-486 BCE, decreed death to all Jews in his kingdom. The plot and all its machinations were spearheaded by the episode’s villain, Haman, a kind of viceroy.

Purim, however, brings welcome joy. Fun and hope come through customs that begin with the obligation of hearing the Megilla and the tale of being saved from extermination. Not an unusual theme in Jewish history, but its celebration is unprecedented in its form – a total carnival and rituals reconnect individuals to each other and their community.

Premise and the plot

The story’s hero is Esther, a beautiful young Jewish woman living in Persia, raised by her cousin Mordecai.

The villain is Haman. He’s risen in the ranks, naturally, by being an arrogant, egotistical adviser to the king. He has a serious hate-on for Mordecai because the latter refuses to bow to him.

This perception of slight and disrespect sets off events such as Haman’s dastardly plot to destroy all of this man’s people, the Jews.

In a speech whose libelous variations have been echoed throughout the history of man and especially of the Jews, Haman tells the king, “There is a certain people scattered abroad and dispersed among the peoples in all the provinces of your realm. Their laws are different from those of every other people’s, and they do not observe the king’s laws; therefore it is not befitting the king to tolerate them.” Esther 3:8.

The king gives Haman carte blanche to carry out the dastardly deeds.

The date of utter and complete destruction is set by casting “lots,” the Hebrew word for this method of rolling the die, or lottery, gives us the name Purim. The date falls on the 13th day of the Hebrew month of Adar (more on the ‘lunacy’ of this date below).

Spoiler alert: Esther’s life purpose gets her to a harem where she is destined to intercede on behalf of her people and foil Haman’s evil plot.

She didn’t volunteer her identity as a member of the tribe as she entered the house of Ahasuerus, King of Persia. Legend has it that Esther’s great beauty catapulted her from a beauty contest to Queen of the castle, eventually, but the woman had to have both game and personality to carve out a special place in that crowd.

Feasts and fasts are the usual expressions of most traditional and agrarian peoples. The fast of Esther is observed for a day before everyone runs amok to remember that she fasted for three days in prayer and preparation for her most auspicious moment.

At great personal peril, she ultimately agrees to speak to the king on behalf of her people. The previous queen, Vashti, after all, had gotten her head lopped off for disobedience, which opened the royal vacancy. (Editor’s note: I played the part of Vashti in a school play. My career was hence, short-lived)

Love and some kind of wonderful prevails. The king rescinds the country-wide genocidal decree. Haman and his 10 equally vile and treacherous sons are hanged on the gallows originally prepared for Mordecai.

Celebrations now occur on the 14th Day of Adar, as this was the day after the intended destruction. Jews take this partying seriously. As seriously as they take their leap years, which on the lunar calendar yield an extra month from time to highly scientific time. No fools, in those years, the positive and joyous party month of Adar is doubled. Purim is celebrated in Adar 11 so Purim is always one month before Passover. Good deal!

What would a social celebration be without the lubricant of drink to toast a good outcome?

Lots of “l’chaim”, the word means ‘to life’ and is what people say as bottoms go up. How many bottoms? On this holiday only, Jews are commanded to drink to the point of confusing the name of the villain Haman and hero Mordechai. Imagine!

Hear the full reading of the Book of Esther – It’s not too long. I took my kids to it annually and we stood in our costumes and listened to the rabbi, who was last seen dressed as the lion from the Wizard of Oz. No one expired from heat or exhaustion.

Dress up in costume; fun for everyone is the goal. After the reading, families and community members usually head with their quirky, cute, or crazy costumes to a carnival-style party. It features games, food, and fun.

Megilla, which means scroll, is how the Book of Esther is referred to. In the Yiddish language, you might hear someone lament hearing another’s whole long drawn-out the tale as, “I got the whole megilla. (the English variation is ‘magilla’ not to be confused with the simian gigantic cartoon character)”

Stomp, boo, hiss and rattle “gragerz” or metallic noisemakers to blot out the name of the villain, Haman every time it is mentioned in the service. That’ll keep folks alert.

Eat, drink and be merry. According to the Talmud, a person is required to drink until he cannot tell the difference between “cursed be Haman” and “blessed be Mordecai,” though opinions differ as to exactly how drunk that is.

Send gifts of food or drink, and make gifts to charity. The sending of gifts of food and drink is referred to in Hebrew as mishlocah manot (lit. sending out portions).

Ashkenazic Jews, the wing of the tribe I belong to, indulge in triangular fruit-filled cookies called “hamentaschen” (lit. Haman’s pockets). They are supposed to represent Haman’s three-cornered hat (recipe below).

Go forth my friends, eat and drink and remember that to any looming storm, may come a celebratory and happy ending, or beginning to a party.

Oh. Yes, the promised recipe for “oznei Haman” (literally, Haman’s Ears in Hebrew) or the super fun to make “hamentaschen” (Yiddish for ‘his’ pockets).

I just buy mine now with fillings of prunes, or poppy seed, dates or apricots and you can do the same or make them. The shortcut is using a pre-made filling or jam. The cookie dough comes courtesy of Malky Bitton, a wonderful woman teacher, mom, and wife of the rabbi at the Chabad centre near me.

Helena’s helpful tip from my days of yore in my family kitchen: Refrigerate batter overnight or at least a few hours. Roll as thin as you can without getting holes in the batter (roll it between two sheets of wax paper lightly dusted with flour for best results).  Easy roll and form using a hexagonal rolling cookie cutter – now available via the usual internet market sources, and it wasn’t when I was rolling and forming and pinching one at a time by hand.

Hey!  Eat up and make up with someone today for better times the rest of this year.

For yet another great Jewish foods and recipe site and from where we pilfered the apricot hamentashen photo from at the TOP.