You are here: Home / Blog / On lists and looking for the stories in them part 1 of 2 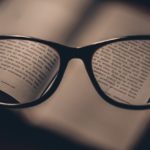 Lists and how to look at them is the topic of my real time PR efforts for the Festival Judio’s August 2019 debut. There’s a practical magic to having the right lists and how we interpret them. I work with 2 kinds and I’ll explain those shortly.

After this real time post all messaging will be uber short – only 15 sleeps to go.

We live in a world of lists, don’t we?

To do lists. Bucket lists. Top 10s and aren’t we all still magnetized to the promise of the checklist to guide us through ANY need if we just agree to share our contact info with the nice website owners?

A contract to build a basic media list was exactly how my 25 year career as publicist began in Winnipeg and I worked with that client till my move to Vancouver.  The Manitoba Christmas Craft Sale offered $300 to develop one for them. I said yes, not knowing quite how yet. I had  time. The baby I was building at the time had priority on my attention but if all went well, my client said they would welcome his/her arrival with me at the office when I did have to come downtown. Done.

Their team and dream were already known to me. I was there as their Sales Coordinator during my term at the Winnipeg Convention Centre while their company was in their ‘still planning it all’ budget phase. I also took them down to the room combinations that would comprise the ‘starter hall’ to help them envision the booth spaces, ticket area and flow of the public they hoped would pay to attend and to buy from their art exhibitors.

My fondness of lists and mining their power began then. Later on post offices and other suppliers could sell or rent you lists. Now you can subscribe or just copy and paste from online directories.

Bah. My PR efforts then were as handcrafted as the juried work of the 200 artisans required to be present – no reps, no far away production stamps.

Now quite ‘old school’ , the yellow pages phone book is where I reported to work. The gear then?

Pen, paper, eventually a typed spreadsheet and one more important thing – the power of personal relationships.

Each entry on my growing media list was known to me because I verified each name and address in a phone call. Every entry – for news departments, columnists, radio drive time folks and host shows with interviewers on radio and TV.

But does it scale? A topic for another time.

To summarize I found my way back to what’s important – the story that lies on ever line of a list. Once grounded by looking at my lists, I remembered that it’s not simply a numbers game of sending out materials automated or manually. I  must breathe life into the lines by fleshing then out with stories. But to see the stories so they could work to intrigue or to sell – I reduced the overwhelm of information into 2 vital lists (for me):

You need a prospect list (After startling a Rabbi in the midst of a fundraising campaign consult, I had to modify it from the much shorter version I used to use, ‘hit list’). So, now it has grown to ‘your comprehensive compendium of prospects to contact and to engage in the interests of your cause.’

In these pre-festival launch weeks, that means a good media list. Since Public Relations is connected to publicity I need a list of potential media members with whom I will present information of interest and value to their audiences in exchange for air, print or screen space promoting my client’s event.

Such a list must include classics like printed and electronic media such as TV and Radio AS WELL AS the next gen – digital realm of bloggers, social media groups and individuals, the classic media’s online versions and… oh..  speaking of screens, looks like mine is saying take a break,eh?

You need a list of all that you offer. I start with the people and anything newsworthy about the entity I am hoping to promote or raise a profile.

For now, head on over to your local outfitter to gear up for some mining and don’t forget yer headlamp mate! Next we’ll shine our lights on what’s buried in that second list that is worth gold. I still like saying gold more than bitcoin.

There’s 2 bits plus a coin or two to spare of info on this site. Some is in storage, but I’m pretty sure there’s something you will find helpful.