You are here: Home / Blog / Road ahead: Fab 45-Day 5 finds the Intersections

Writing to you with something useful and interesting and perhaps even entertaining is on my mind a lot these days.

What have the past hundreds upon hundreds of blogs I’ve birthed into the world had in common? No matter the topic or the source of the publishing impetus, they were written with a specific teaching or marketing purpose in mind. I sketched an outline, usually with a clear objective. Sometimes I just went at it. I knew the pattern I taught my college level business writing students would kick in to bring my ideas to completion and then to publication:

Social media posts had that edge of spontaneity. They’re more often in the moment and often stimulated by the instant influence of others’ posts, or the news on the radio as I worked.

Today, Day 5 of the Fab 45 fuses the planned and the just popped up! I’ve decided to respond to something remarkable in my day as the jumping off point. I can’t help but write in some more valued by also sharing some archived wisdom and maybe some point form tips. Today: Intersections

So, today’s Fab 45 prompt seems to be mostly an exercise to help reveal to me my next step, and maybe yours, dear reader.

Really it’s the courage to take that leap of faith. You know, like  Indiana Jones did in the Raiders of the Lost Ark? Remember when he came to the edge of a cliff and looked into the abyss and across an inconceivably far gulf ot the next cave? Yet, he stepped out chasm and miraculously, a beam of light appeared for him to step onto. That lit path could bear his being.

It’s important, that courageous step. I have far less years ahead to achieve more and to enjoy it than I do behind me. Science fact.

The purpose of today’s post came to me in traffic. Drive time rush hour radio on. Window down a bit. Sunshine at last, after a sleepy making drudge of a day.

I was headed to the bridge connecting the neighbourhood I moved into a month ago, to my old one just across the water. I was picking up a Facebook friend in town from afar. She was a guest speaker at a conference that dealt with EMDR a particular therapy.

By the way, did you just picture that metaphor of transition located with a  Google map red pushpin?

A young man stepped off and then back onto the sliver of a boulevard curb that separated 2 directions of traffic in the turning lane of an intersection.

It wasn’t an official crosswalk. He took  a risk there, hoping to find a break, or at least a stall in the car traffic stream. Enough to let him cross.

Some cars inched forward to clear the intersection beside and behind them.

Some dithered undecided, trying to do the right thing and help him find the pockets through which to cross.

Of course, the car’s real effect was to block 3 directions of traffic and any emergency vehicle that might come upon us.

Their good intent broke rules. It was counterproductive. It confused everyone else on the road guided by standard rules.

When I chose to proceed in my lane, which was the one closest to the young man, it hit me. The thought hit me. No pedestrians were harmed in this process.

This intersection was the slow moving metaphor for my life. It wasn’t another crossroad. It was a full blown, crowded, rush hour stop and start, multi-lane and multi-directional intersection.

The lanes were all my interests and professional and personal paths. On each, I had either completed or abandoned my travels part way.

Most were juicy and full of promise. On others I encountered barriers set up by other vehicles traveling alongside and by various pedestrians in my path.

Ever vigilant and worse, curious, I somehow had negotiated many of the paths and their directions. Now, I feel I must pick one. Time is aflying.

Call the cars what you will. Assign the drivers and passengers the roles you feel they occupy in your own life’s driving drama.

The Fab 45 days writing challenge was my unconscious asking me to look at all my roads – health, relationships, income, emotions, faith, experience and contribution – and to just PICK ONE. 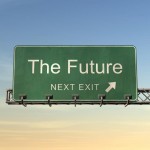 Time flies faster and feels more finite than ever. I was being directed by one of my several MODs “muses on duty” to just pick a lane, daggnabbit!

My conveyance was loaded with some life force fuel, experience, baggage, loose change and my love of the road trip – even in a car lacking outside GPS or even automatic doors and windows.

I love my little 4 cylinder Toyota sedan of the pre-mandatory precautionary air bag year. And, I have some ‘get your motor runnin’ get on down the highway’ sounds tracks’ for the cassette tape player I have on board. It’s got no clock and an FM AM radio.

I think my road trip is what I am meant to share. Along the way, you’ll get some creative writing and therefore living tips.

I’ve got one of those special clock turning birthdays coming up.

And while my generation’s icon, Cher, said, “Getting old sucks,” I’ve yet to be afraid of the actual aches, wrinkles or other symptoms of aging. I don’t think that would cause me the greatest despair.

Maybe I will feel it soon, but I do know what I fear most:

What intersection are you caught wandering in?

Have you spotted some roadways ahead you still want to test or some you’d like to revisit that you’ve been tracking in your rear view mirror?

Are you getting the highway hypnosis they warned off in the 1960s?  Going crosseyed at the old school lanes and the newer high speed tech controlled lanes?

Count me in, too.

We all know we have to keep moving. We want to, and need to keep producing – It supports our art and also our financial obligations.

You don’t want to be that proverbial road kill on  the information highway people joked about when the  Internet began streaming into people’s lives.

Do you remember that ITP handshake noise and the long wait for the screeching to stretch you over time and space to others?

Yah..  so. now you know.   This Fab 45 is about the connections. The synapses as I like to call it between all things that mattered and the skills and ideas that I’m transfering into this new league with.

Well, as my sweet vegan blonde friend told me: Might as well be yourself Helena, everyone else is already taken. I know she borrowed that phrase, but here are some original words of encouragement from Caroline’s McHugh: