You are here: Home / Blog / Does silence send message of sin?

Another famous “Armstrong” in this week’s news, but this one, not heard from, at least not as much as we expect these days. In our highly connected world, we expect posts, comments, likes and videos at least by the 11 p.m. news cut off! 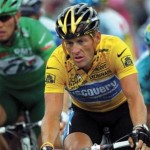 Do YOU think it’s  better in Lance Armstrong’s case to remain silent, and not defend with details the stripping of his 7 Tour de France titles and it’s impact on a 14 year career in competitive cycling?

Should Armstrong stand silent and let history’s judgement chips fall where they may? “It’s better to ask forgiveness than permission,” is a saying I heard early on in my business career. As a Public Relations Manager for events and public individuals, we had to balance what we said before, during and after on any issue or accusation that arose.

Lance Armstrong is in the ‘after’ part of his career as world cycling competitor. His Tour de France wins resolutely stripped, yet no comment from the man himself..

Would silence have inflicted harm on Armstrong, and even more significantly his impact on cancer through the Live Strong organization?

Read Lance’s only official statement so far and decide for your self:

If you’d like to snap yourself away from the yellow Live Strong wrist band for a moment, you might like to visit another case where the absence of satisfactory comment  or rational and heartfelt rebuttal led public opinion to assume guilt, and more…  negligent behavior towards constituents by our ladies in pink.

Read about the havoc that delayed and then deluded communication wreaked on the pink ribbon campaign plans, for Susan G. Komen  Campaign for the Cure.

What do you think? Does silence smack of sins committed and now too incredibly complex to correct? Go ahead and share your opinion below.