You are here: Home / Blog / Vocabulary’s value at the Golden Globes

Lines were all abuzz as to what Jodie Foster, aged 50 and an actress since she was 3 years old said, yet didn’t actually say at the 2013 Golden Globes. 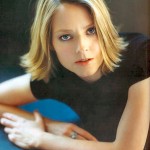 Imagine 47 years to assemble the words, that lasted but a few moments and captured the desire for her privacy, developed over all those years.

She chose to express her single state, her sexual preferences and what she values and yet NOT say the actual words that Hollywood has been waiting for her to say.

This is as much a function of a rich vocabulary as it is the clever scripting of her  acceptance speak.  When you have more words to draw on, to work in your power, you have choices.  You can be clever, funny and refined and yet say whatever you need to, with confidence over the flow of the “411” or information you offer up about yourself.

The message is that of boundaries and control of her public image, and the extent of access to her, or your audience for that matter.

What Jodie Foster actually said is caught in short quotes here for you to read between the lines. She spoke about her own life on her own terms and some would say directly.

All of these are variants on communication expressly designed to say something yet leave confusion, and at times, exhaustion in its wake?

They are used often by politicians, government workers, policy folks and publicists whose work calls upon them to buy time, leave doubt or appear harmless.

Have you experienced this kind of ‘drive by’ dialogue?

I applied the wealth of my vocabulary in a personal chat on  some public forum well before social media as we now know it.

A chat partner asked me to comment on a sensitive political issue overseas. While we were both North American citizens, I knew that my answer about something on the other side of the world would definitely affect our budding friendship from afar, online.

Then, after a short pause, which can feel like eternity on the screen he typed in his response.

“You’ve just typed for 10 minutes and filled two screens in our conversation, because I had to scroll to get to the end of it. And, you’ve said nothing. Damn. I want to learn how to do that.”

True story. He was studying law at night in Los Angeles.