You are here: Home / Blog / Father’s Day Happy and Fraught 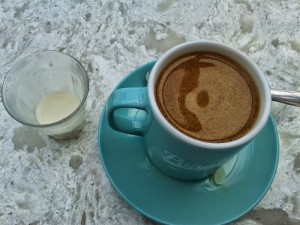 It’s an odd time for me to start my year of ‘reactive blogging’. On Father’s Day of all moments. Daily, I am triggered to memory lane. It happens with the news, my own mind, social media posts, and random sights and sounds. Finally, I begin to write about any and all triggers that assail me without warning.

Really, I’ve nothing to lose by starting ‘messy.’ There is no strategy for the content of the post I share today. No template for the blog itself. Super out of line for a professional writer who blogs for her corporate and health & fitness clients.

Nothing to sell as I write from my heart and head. I’m getting the feeling and the details of memory down onto the page. The content is cobbled together from personal intellect and not outside research and strategic planning.

It won’t likely be highly edited or censored either.

As a content creator, I’m breaking all kinds of rules. Well, except the cardinal one I hold dear. This one guidance is applicable to any writer with a message that must get out, regardless of the reason or platform:  Just Start.

Life notes on this Father’s Day

In life writing, the start can be anywhere. Life, like many of its symbols, is circular. In Hebrew, the saying הגלגל חוזר, “Hagalgal Chozer” or the wheel returns, says to me in my personal take on it, that the wheel turns, and it returns. it is cyclical. Moments will be revisited even at different stages and seasons of life. The opportunity may roll around to repair or resolve an issue with a person, or it may just present itself again. A pattern. A thing that will return over and over till that lesson is learned and checked off as complete. That’s my take. It’s not ‘whatever comes around goes around’. My wheel’s circulation in life may contain elements shared by others, too.

It’s the biggest surprise to me that I finally sat down to open a page on my own website, dormant for months, to write something personal on Father’s Day. Perhaps it’s the emptiness I feel with no father to greet directly on this day. My own father died just a few weeks before I began my first university year.

There is no step-father, favourite uncle, or replacement father figure to honour that stepped into my life when he passed just after my wheel’s tumblers clicked onto my 18th birthday only weeks earlier. By Canadian standards of that generation, he was old enough to be my father’s father had he been typical. He wasn’t but that’s a story for another time.

I’ve called or messaged the dads I know in my life to wish them well. My brother, my son, my two nephews, one cousin, and one friend. They are all great dads who can be counted on to support their partners and to love and be there for their children. I’ve shared a lovely graphic from my work team created for the day. My duty to the day is done, but my memories stay with me.

I don’t honour the day for the father of my children. It’s complicated although I am sure they do call him because I never dissuaded them. He hasn’t recognized me from the first Mother’s Day of the year we separated, even before the divorce and his two subsequent remarriages, so the score, though unhealthy, is even.

Mom as the father by award

There was a time, however, I was recognized through a Father’s Day gift. The Towne Cinema complex in Winnipeg had a Father’s Day promotion. On a regular movie day with my children, I entered. Simple enough for a draw to win a free pass for a year to attend movies for the whole family at the theatre. I got a phone call to say I won.

It felt awkward winning on this actual day. I really should have just accepted that it was a promotion and an actual father didn’t HAVE TO be the winner. But, when it came time to collect the award, I drove downtown and felt less than, unentitled and embarrassed that I could not produce a father for the photo she wanted to take. The marketing person didn’t care. As a publicist myself at the time, I should have just gone along. The less-than-ideal family snap was too much. I declined to have my image used to show proof of a winner and to be publicized. It felt somehow too much, humiliating in a city that already felt like a fishbowl to me. So, I also declined the prize and drove away, empty in hand and heart. Silly, really. It was a promotion but it just shone such a bright light on that empty space that should have had a dad, beside me.

I’ve done my duty by the day. I was going to call it an invented Hallmark holiday, but that wouldn’t be correct.

Thanks to Wikipedia (USA entry) I learned that the inventor credited with initiating Father’s Day is Sonora Smart Dodd of Spokane, Washington. Sonora began to think of the idea while listening to a sermon on another emerging holiday of the time: Mother’s Day. It was 1909. The 1st Father’s Day was founded in  Spokane, Washington at the YMCA on June 19, 1910. Sonora was born in Arkansas and was one of 6 children raised by her Civil War veteran father, William Jackson Smart, as a single parent. No wonder she had that thought as she sat in church on that day hearing about Mother’s Day.

It didn’t become a national holiday until a bill was introduced to recognize it as such in Congress in 1913. In 1916, that President Woodrow Wilson, went with the intention to make it official, to Spokane to speak at their Father’s Day celebration. Still, Congress resisted, essentially because they feared that it would become commercialized.

Through various campaigns, it resurfaced on the agenda but was not in fact signed into official, national observation until the Nixon administration did so in 1972!

So there you have it.

Go ahead and wish a Happy Father’s Day to all the deserving dads.

Be they fathers to their biological offspring, or a mentor, stepfather, guide, or motivator due to their listening, attention, wisdom, and time. A father (figure) is an entire team doing their best…Best wishes for the day from the team inside me, also.

Would love to hear your own experiences of Father’s Day.