Whew- a full week where I got to be someone different each day – freelance writer, city tour guide, VBOT trade show attendee, editor and then– my ‘relaxation’ at end of week in a coffee shop as a colleague trying to find a collaborative project for our talents – Time for a day off!

Errands! They make up the ‘day off’ for most women working hard for their money, each day in part or more. (Cue the music)

First, a therapy session. Finally, someone who doesn’t rush me and who actually listens. We are finding a real, practical and sustainable path out of my doldrums (I know. It sounds like I was beating on the now damp skin stretched across a build-your-own-drum-kit assembled by an amateur. In fact, we learned about this in junior high in Geography class: An equatorial region of the Atlantic Ocean with calms, sudden storms, and light unpredictable winds. Oh, wait. Here’s an extension of that definition:  noun, 1 a state or period of inactivity, stagnation, or depression.  OK.  Maybe, that one after all.)

Pulling into a covered garage space, I did a quick dipstick oil check. Low. The grinding sound explained. Handy dandy Canadian Tire litre of oil in the trunk of my car… glug glug gluggg. Done. Like a boss.  I was channeling the take charge spirit of what lay at my next stop.

Mission ready and on course,  I managed to skirt around a major traffic blockage by rolling down some residential streets as far as they would take me.

Hog heaven – next stop. In search of collector poker chips distinct to each dealer, for a friend, I entered a place I had never stepped into before. Dozens of dazzling, gleaming Harley-Davidsons. Luxe horsepower. Legendary Harleys. I snapped photos. Talked to men browsing alongside me I would never have on the street. I asked them if they found what they were looking for. I had to reveal that I was there in the temple of temptation and speed as a first timer and only to buy the poker chips. This was necessary as everyone was in costume. Women. Women worked at Harley Davidson… some for several years, some for a dozen and all staff was wearing costumes. I had to indicate I was not in fact in a bag lady or deranged tourist costume.  So interesting. 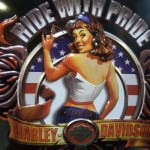 The Cinema and Cycle Exhibition was out of this world.  More than 200 vintage and movie pieces and many of historical design importance.  Rotated every 2 years, only 60 or so were on display. Wowzers.

I’ll be back. Said in my best black leather wearing voice, even though the reality was my 26-year-old black fabric (with chamois!) trench coat. No shots fired.

En route to cilantro and red leaf lettuce purchase that offered bonus Blue Air Miles, I remembered dinner. I had missed lunch entirely and now craved meat. Sorry vegan friends, I still haven’t tamed my most base and carnal instincts. No, not sex. That next carnal desire: consuming animal flesh as food.

A parking spot opened up right in front of the All India something something… too late for buffet lunch but one dish will do, diner. A sign. Also good reflexes.  The car that liberated that spot entered traffic so suddenly to my right and just ahead of me… that not crashing into him was a testament to my Spidey sense street skills.

Diwali for short and Deepawali, as said by many, was close enough. The Festival of Lights for as large a place as India and all its satellite celebrations required food of India. All good. One dish did do. 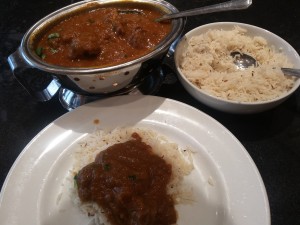 It was more than I had expected to pay. I justified it as manageable since I had not wasted calories, time or money eating out for more than a week. I had no idea my saying ‘rice please’ and the plain pilaf at that was going to cost me $5.00. This was the equivalent of a month’s worth of small and sporadic servings of basmati cooked by me at home.   Live and learn. In the meantime, I enjoyed the Rogan Josh with the ginger and meat I craved and I could delight in the layers of spice I tasted. I served myself from an individual raised metal tureen with a candle under it. It explained the spooky bubbling I heard and then saw as I prepared, naturally, to take a photo for Facebook.

Last leg before wending my way, wearily now, to my place schlepping purse and purchases up.

Sharp enough to avoid running over a white cat with Jersey cow like black patches that darted out of nowhere across my path and to the green belt! A mouser no doubt. Does it count as bad luck if it’s 2 days before Halloween and only partially black cat?

Happy New Year to my Hindu (and some Sikh) Diwali celebrants..  rev up those pulses Harley devotees and enjoy a great new start to your week everyone AND your drum! 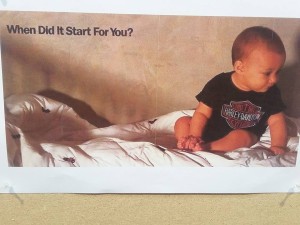 When (and how) does a good day start for you? Tell us in the comments!